We begin our 2020 season singing for justice by participating in four programs that hold up a strong beacon to the activist and radical vision of Dr. Martin Luther King, Jr. 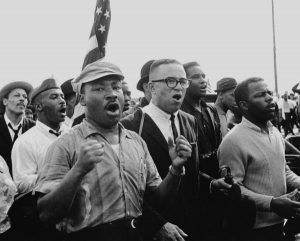 Our busy MLK Day weekend will kickoff on Saturday, January 18 with the choir’s participation in the Dayton Women’s March 2020: A Rally at Courthouse Square at Third and Main Streets in downtown Dayton from 1-2pm. We will perform and lead singing as women and their allies across the nation rise up to defend our rights, our democracy, and our environment and to demand equality and justice for all.

The World House Choir will open Martin Luther King Day events at Sinclair Community College at 9:30 AM on Monday January 20 in Building 12. Singers will then quickly return to Yellow Springs to participate in the local King Day program, Raise Your Voice for Justice, at the Bryan Community Center at 11am.

Later in the week the World House will carpool to London Correctional Institution to sing with the UBUNTU Men’s Chorus there. David Singleton, executive director of the Ohio Justice & Policy Center is the guest speaker. This collaborative concert at London Correctional has become an annual occurrence. 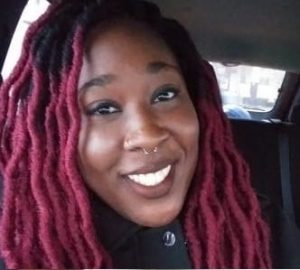 Andrea Mitchell, a guest soloist in the King programs this year, originally sang with our director, Catherine Roma, in the HOPE Thru Harmony Women’s Choir at Dayton Correctional. Andrea was released from prison in July 2019. Her indomitable spirit and natural, velvet tone gave life to the music HOPE sang inside, including I Wanna Be Ready, arranged by Rosephanye Powell, and When I Die from Crossings by Ysaye Maria Barnwell.

We will begin each MLK Day program with the powerful and majestic Roland Carter arrangement of the Black National Anthem, Lift Every Voice and Sing. We will sing Wade in the Water (Moses Hogan) and a work called Spiritual by Ysaye Barnwell. We asked Dr. Barnwell if we might update the lyrics from the original: “from Soweto to Stonewall, Birmingham and LA.” The new lyrics are “from Charlottesville to Ferguson, El Paso and Dayton.”